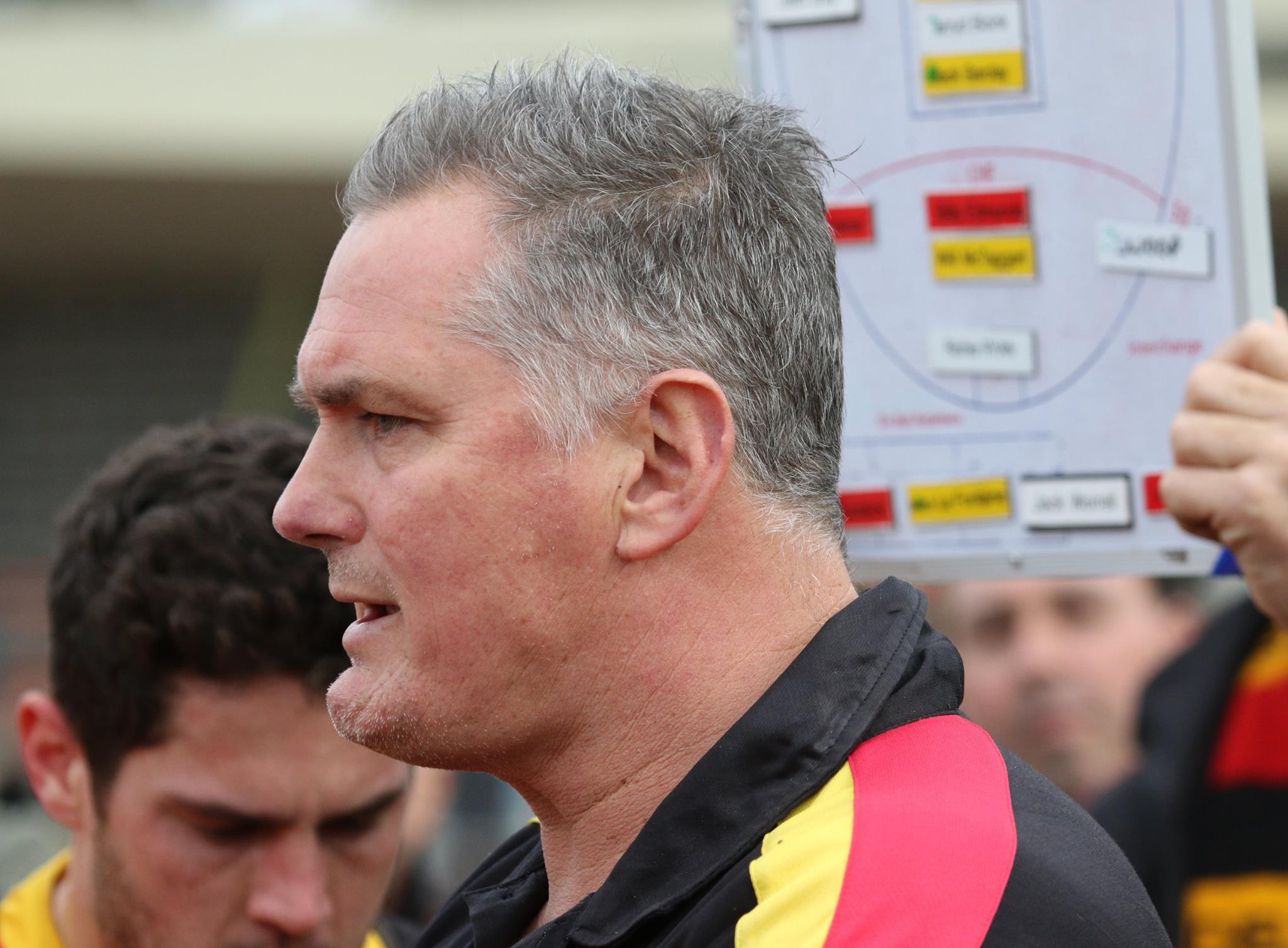 Des Ryan is entering his fourth season as Senior Coach. The former Richmond player has overseen a regeneration of the club’s list and has helped develop and transition the next wave of Rosellas from juniors to seniors.

A star junior who was a Victorian Schoolboys Representative and under 14 All-Australian, Ryan was recruited from Birchip and spent a total of nine seasons with Richmond.

He was a member of the Under 19’s 1985 Premiership side and in 1986 he won the Reserves Best and Fairest award. He started his senior career as a full-back and was unfortunate to strike Warwick Capper in full flight on his debut at the Sydney Cricket Ground.

He took a long time to establish himself and the fact that he suffered several injuries did not help his cause. He was a strong mark and long kick.

Following his retirement from playing, Ryan had a stint as general manager of VFL club Coburg and as sponsorship manager at Richmond.

Ryan dipped his toe into the coaching waters with St Bedes-Mentone’s Under 19s for two seasons in 2010 and 2011, then as a junior coach at Beaumaris prior to accepting the senior coaching position with the Rosellas in 2016.